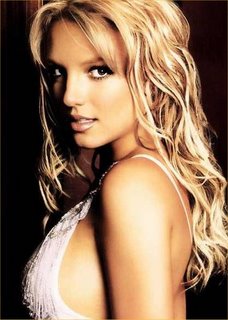 I guess you recognized her photo… Yep, it’s Britney Spears!

Just when I thought I was out of it and over the hill, along comes my dream girl!
I just don’t know how she could have found me on the web.
May be she searched for ‘handsome young men’ and my page came up by mistake…

Well, actually… I’ve got another explanation.
It probably wasn’t Britney.
As dismayed as I am, it might just have been someone working for Britney – like the Twitt working for Hugh Jackman who called the Sydney Opera House the Opera Centre.

It seems two things have happened at Twitter recently.

One, it’s become a mainstream bandwagon.
Oprah has just jumped on it.
This might go down in history as the day Twitter became mainstream.

Two, it’s become inauthentic already.
It’s become a game… to see who can get the most followers.

I wonder which came first? Perhaps this is what happens when something becomes mainstream? Or did Twitter have to become inauthentic to become mainstream?

You might have seen the news that Ashton Kucher has become the first Twitt to reach one million followers. He beat CNN by about 20,000 followers or a day or two.
I’m guessing Britney wants to join in game, thus her personal invite to moi!

My response… get a life!
A million followers on Twitter is an inauthentic and meaningless game.
See my earlier post and Seth Godin’s comment with regard to Facebook friends – the same applies. A friend is only useful if they are friend. Not another number.

It’s no surprise that the backlash has already starter.
Mashable have flagged the ‘unfollow’ campaign.

Early adopter, The Shaq, who’s been on Twitter before it was mainstream, is one who started a campaign to ‘unfollow’ Oprah. This follows others who have been unfollowing Ashton Kucher to take him below a million followers.

It just shows the game can be played both ways: To follow or unfollow?

So, should I take up Britney’s offer just so I can brag that she follows me. Or, is there more cred to snub Britney and be known as the ‘guy who said “no” to Britney Spears’?

What do you think I should do?