What is Thought Leadership?

1: What is Thought Leadership?

Rather than define ‘what is a thought leader’ let’s look at seven examples of Thought Leaders that show what it looks like in practice to be one.

Plus, as a bonus, we’ll look at how you can follow their example and become a Thought Leader yourself.

One of the best ways to learn is to discuss things with others. Share this post with your colleagues to discuss our big question: What is Thought Leadership? And, how can you become one? 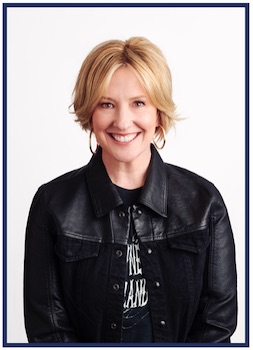 Our first thought leadership example got her big break in 2011 when she delivered a TEDx talk in her hometown of Houston, Texas.

That talk has now been watched over 50 million times and is one of the top five most-watched TED talks ever.

Before that talk, she was a little-known academic from Texas talking about shame, courage, and vulnerability. These weren’t exactly hot topics back then, but now they are.

Today, she is the author of five New York Times best-selling books, has her own documentary show on Netflix and is in high demand as a speaker and in her own consultancy business.

She’s a clear thought leader because she has a strong body of work and she has shared her ideas with millions of people who follow what she has to say.

It’s the story of an academic researcher turned public influencer and was able to capture her big moment on the TEDx stage because of all the years of hard work she had done previously behind the scenes.

Our second thought leadership example is also an academic.

He is a computer science professor at Georgetown University and is the author of seven New York Times best-selling books.

And while I have read most of his books and a lot of his blog posts, I know almost nothing about his career as a professor of computer science.

For me, and many people around the world, Cal Newport is better known for his side-hustle rather than his day job.

In 2007, while still a graduate student, Cal started blogging about study methods. This has morphed into a series of books on the intersection of digital technology and culture.

Cal is a thought leader because of his ideas shared through his blog and his books. He has a global following.

Our third thought leadership example is probably someone you have never heard of unless you study telomeres and DNA.

She was born in Tasmania, Australia, studied in Melbourne, then at Cambridge in England before moving to the US to take on research and university positions.

She is best known for winning the 2009 Nobel Prize in Physiology or Medicine with two other people.

If there was a definitive prize for being a world-class thought leader then winning a Nobel Prize is probably one of them.

Clearly, an academic, you’re most likely to either worship Elizabeth Blackburn (Wikipedia) as a legend in her field of study or probably shake your head because you’ve never heard of her.

Our fourth thought leadership example again started with a strong academic background. This time in demographics or the study of human populations.

He had built a strong following in Australia through consistent articles being published in newspapers.

And his career seemed to take off when he headed up a corporate consultancy within KPMG.

He wrote a series of best-selling books and became a popular keynote presenter at conferences to boost his celebrity status.

Today, more people would recognize Bernard Salt’s name than knowing what a demographer was. (Or perhaps he is even more well known for this comment about smashed avocado on toast)

Bernard shows that while you need a solid body of work behind you, the path to becoming a Thought Leader can also be achieved in a corporate setting.

Our fifth thought leadership example writes a popular blog post that has over 300,000 subscribers.

While he has written his own book, almost all his blog posts are versions of other people’s work.

Eric Barker typically takes the work of other science-based authors and shares the key insights in an engaging weekly blog post.

(I particularly like the way he shuns the limelight on his blog – it’s all about the great content he shares.)

In this way, I’d call him a curator rather than a creator, which puts a different spin on what it means to be a thought leader.

Clearly, he has a massive audience that he has built up by providing good quality writing through a simple blogging platform.

Eric’s example shows you don’t have to be an original thinker or researcher to become a thought leader. You can become one by sharing other people’s ideas in new ways. 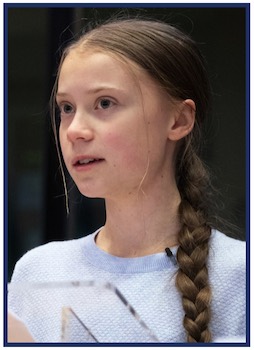 Our sixth Thought Leadership example is that of a young lady who has barely finished high school.

At the age of 15, she started spending her school days sitting outside the Swedish Parliament with a sign that read ‘School Strike for Climate’.

Through her sharing on social media, Greta Thunberg (Wikipedia) inspired other students to follow her lead and protest about the lack of action on Climate Change by our world leaders.

She has since spoken at the UN Climate Change Conference and been a public figure often criticising world leaders on Climate Change.

She has become both a leader in the activist community as well as a target for critics. And Time magazine named her as their youngest ever Person of the Year in 2019.

Greta does not have a deep academic background or even a deep publishing history on her area of Thought Leadership.

But she has consistently been able to cut through the noise about the climate debate through her straightforward speaking style.

Further, it shows that age is not a prerequisite for being a thought leader. 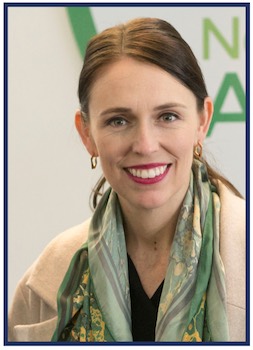 Our seventh Thought Leadership example is the world’s youngest female head of government at the age of 37.

She is the second elected head of government to give birth while in office.

And she is the third female prime minister of New Zealand.

Jacinda Ardern (Wikipedia) has also been described as a celebrity politician. (which may not be a compliment)

Typically, we might think of a political thought leader as someone with strong views and strong credentials around their policymaking. That might also be true for Ardern.

In my view, her strongest area of influence has been her leadership style.

In contrast to many politicians, she has shown clear and decisive leadership as well as empathy and understanding. She gained worldwide attention from her sensitive handling of the Christchurch mosque shootings (Wikipedia).

Being a thought leader is not just about the idea we share, it is also the way we lead others.

Summary: What is Thought Leadership?

Five Lessons: How to Become a Thought Leader

I deliberately chose a diverse group of Thought Leaders examples because I wanted to show that there is more than one way to lead with your ideas.

Here are five lessons we can take away from this diverse group that you can apply to your thought leadership journey.

Apart from probably Greta Thunberg, all of these thought leaders have spent many years researching and publishing their ideas.

I like the idea presented by Anders Ericcson and made popular by Malcolm Gladwell called the ’10,000 Hours Rule’. Loosely it suggests that it takes about 10,000 hours (3 hours a day for 9 years) to become world-class in any field. While this will vary per individual situation, it’s a useful frame of reference for the work that is needed.

Are you doing the work you need to?

In Greta’s case, it was her stand against the politics of Climate Change that has given her a platform for her opinion. But without that strong belief, she would never have acted and have been noticed.

For many thought leaders, the biggest stand you will need to take is to share, present and publish your ideas with the people you know.

While academia is one clear pathway to becoming a thought leader, other examples here show that you can do it in the commercial world or even in the public realm through blogging and social media.

Notably, none of these people asked for permission. They just started. Eric Barker and Cal Newport just started blogging. You can too.

Which path is your best one?

4 Define your own success

Each of these thought leaders has been successful in very different ways. We have a Nobel Prize winner, best-selling authors, a Prime Minister, and a schoolgirl who was named Time Person of the Year.

For me, my holy grail is to reach the Olympics of ideas and speak at the TED conference.

5 Don’t try to be a Thought Leader

Did any of these people deliberately set out to be a Thought Leader? Probably not. Instead, I think they pursued something that was important to them and as a side-effect of doing important and valuable work they have attracted an audience for their ideas.

This is what Warren Bennis talks about in his classic leadership book: On Becoming a Leader. Find the thing that is important to you. Pursue that. And perhaps people will join you.

What is the important thing you are pursuing?

More: What is Thought Leadership?