By Geoff McDonald on February 8, 2017 in Podcast 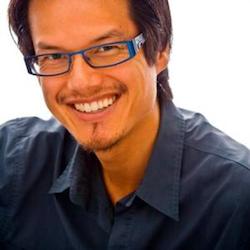 Jon Yeo is an Executive Speaking Coach who has worked with over a thousand people to communicate a more powerful and more influential message.

He is the curator and license holder of TEDx Melbourne, which has created some of the best speaker based events in Australia. At the 2016 event around 1500 people attended.

Jon is also the President of Professional Speakers Association – Victoria.

Plus, Jon is also an accomplished presenter who has on the international stage, consulted with multi-national corporations and has been featured in a wide-range of well-known media outlets.

In this Podcast Episode…

In Episode 94 of the Ideas Architect Podcast we talk with Jon Yeo about speaking, the speaking industry and how to communicate like a TEDx speaker.

Some of the things you will learn from this episode:

Jon Yeo – Turn Your Passion into a Profitable Purpose

How NOT to Plan Your Project
Wes Towers: 5 Website Trends for 2017