By Geoff McDonald on July 24, 2015 in Book Rapper, Future Trends 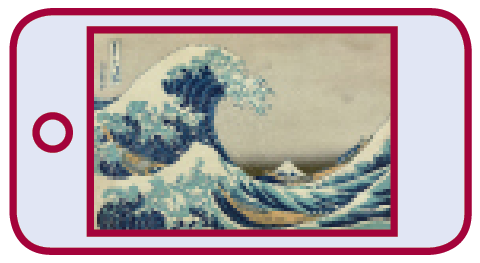 Previously, the big media players controlled entertainment. They told us what to watch and when to watch it. Now we want to be entertained here and now – when and where we want it. Plus, we have the tools to create our own content. Here are the shifts in four big entertainment modes.

Photos have become video. And, videos that used to be tied to heavy objects such as computers, TV and game consoles have become mobile. Cameras have been absorbed into the phone. Photos and video cost virtually nothing to produce and share via the web. Now more photos are taken than texting and this has implications for crime and privacy.

Previously a movie release was one big event. You either went or didn’t. Then you could rent it or own it. Now, movies have multiple lives. Video on demand means there is no store and no waiting. It’s friction free content distribution for home or mobile devices. Plus, you can create your own with low cost, good quality devices and software.

Games have given people something to do on social networks. It’s people playing together. They now comprise 37% of all app uses. Previously we had to learn controls, now it’s flick or dip with touch screens and 3D motion sensors. And, it’s one universal device for all. Also, look for the gamification of products and expect location-based interactions to flourish.

In 2010, 56% of South Korea’s population watched TV on mobile device. Except for sport and live events we want to watch programmes when and where we want. The market expectation has shifted. Viewers are now texting and tweeting as they watch TV. It’s a shared experience. Expect TV shows to be designed for interaction with their virtual audience.

The Profit Point has shifted. Previously the profit was made at the time of purchase. You bought Monopoly and kept it forever. Today, games are used as a loss-leader to attract and build an audience. The profit is made inside the app. Sell add-ons that boost the game play or virtual goods that boost status in the online world. The great thing is that in-app purchase costs virtually nothing once created allowing for high profit on global volume. And, the infrastructure for lead generation, sales and distribution is already on the phone.

This is an extract from the Book Rapper issue Mobilize Me: Why Mobile Computing is the Key to Your Future. It’s derived from Michael Saylor’s book The Mobile Wave: How Mobile Intelligence Will Change Everything. Here is the slideshow from this Book Rapper issue.