By Geoff McDonald on March 5, 2015 in Artifacts

One of the eight components of Ideas Marketing is the artifact. Previously we defined this as:

An artifact is any device, tool or thing that allows us to presence our big idea and bring it to life.

One important tool to presence our big idea is the clothes we wear. In particular, when we wear a uniform.

[Tweet “How to create a uniform for your movement #tribe”]

There are the official uniforms as worn by our police force, the military, our sporting teams, the friendly staff at McDonalds and the dreaded school uniform. You know it’s an official dress code when there are specific rules for what and how you wear it, plus there are penalties for not wearing it the right way.

There are also the unofficial uniforms that are worn by people to express their identity as part of a tribe or movement. For example:

Uniforms are not just clothes either. Consider the Hipster with his closely cropped and styled haircut and long beard. 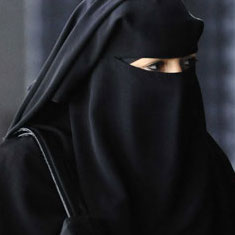 There can also be interesting collisions between cultures when the uniform rules of one group clash with another tribe. For instance, the face covering burka is part of a dress code that represents the ideal of modesty in the Islamic religion. In the west, the burqa has been banned in French public schools because it is seen as a religious symbol and in Italy it has been banned under the Anti-Terrorist act. (Source: Wikipedia)

The Power of Uniforms

Uniforms can play an important role in bringing your big idea to life in everyday situations. Here are a five ways that uniforms that presence your manifesto:

[Tweet “Five ways to use uniforms to presence your manifesto #manifesto”]

Do you need a uniform?

If you’re building a tribe or a movement a uniform might be a powerful way to presence your big idea. Here are nine clues as to how you can do this:

COMMENT: What’s your uniform? How can you start to build a suite of artifacts that presence your big idea?