Can you spot the Starfish Organisation? (Quiz)

Can you spot the Starfish Organisation? (Quiz)

Derived from
Ori Brafman & Rod A. Beckstrom; The Starfish and the Spider
Previously
Is your organisation a Spider or a Starfish?

Quiz: Spot the Starfish
Would you re 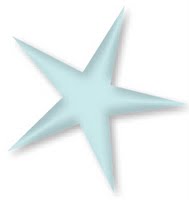 cognize a starfish if you met one in the street?
Here’s a quick challenge for you to spot the starfish organisation.
Read through the list and make a note as to which organisation is a starfish and which is a spider.
Once you’ve done this you can read the rest of the post for the answer.

Wikipedia or the Wall Street Journal? 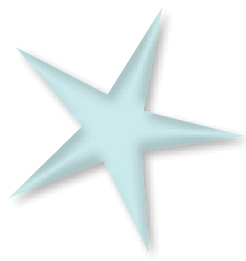 Anyone can contribute something to Wikipedia on almost any topic (starfish). The Wall Street Journal relies on Editors to define what shall be written about and the tone in which it will be written. (spider)

Telstra (traditional telephone company) or Skype?
Telstra is a centrally controlled company (spider) whereas Skype is a starfish based upon peer-to-peer software.

The Spanish Conquistadors or The Apache Indian?
The Spanish were a centrally controlled army (spider) and had difficulty in defeating the loose network of Apaches (starfish).

GE or GM?
General Electric is comprised of a series of business units that compete against each other on the open market (starfish). In contrast, General Motors is one big spider corporation.

Microsoft or Linux?
Microsoft is a classic centrally controlled software house (spider). Linux is the opposite, open-source software that anyone can contribute to (starfish).

Al Qaeda or the US Military?
The spider structure of the US Military has struggled to combat Al Qaeda because it operates as decentralized cells (starfish). Where is Osama Bin Laden?

Self-service or DIY?
Both are starfish operations that allow the user to select their own goods and do it in their own way.

Ebay or Google?
Ebay has decentralized the customer experience letting them buy and sell between themselves (starfish). Google is a centrally controlled search engine with all the work done at their headquarters (spider).

Our Brain or Our Body?
The brain controls the body in a centralized (spider) way but functions in a decentralized way (starfish). For instance our memories are not located in one place.

Sitcoms or Reality TV?
In a sitcom the actors are told what to say, when to say it, and how to say it. Classic central control! (spider) In Reality TV, the actors do and say what they want within the confines of the game – a decentralized approach (starfish).

The Internet or Television?
The