Obama demonstrated his campaign in his actions. 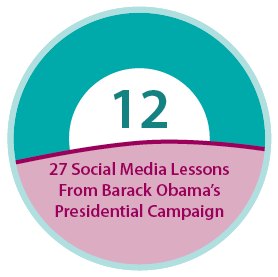 Obama’s entire vision and campaign was based upon walking the talk.

Action : Be consistent and do the things you say you believe in.