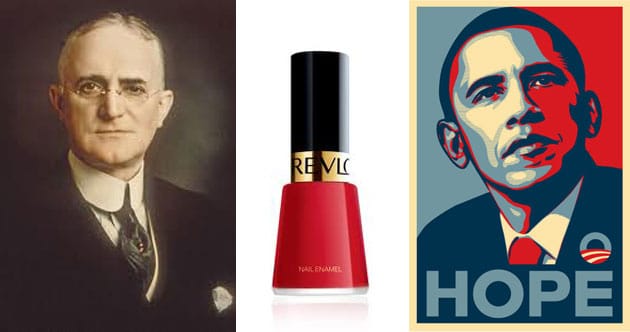 There’s a famous story, or perhaps an urban legend, about George Eastman, the founder of Kodak. Legend has it he went into a sales meeting and was asking his sales team, “What do we sell?” The first reply and obvious answer was, “We sell cameras.” Then someone else said, “No, no, we sell photographs.” And, then another said “No, no, we sell film.” Then George replied, “No, no, no… We’re in the business of selling memories.”

A similar story is told around Revlon. They’re not selling cosmetics. They’re selling dreams in a bottle.

Barack Obama is now the US President. What was he selling? No, it wasn’t about him getting elected. Nobody apart from Barack and his Mum really cared about that. He was selling change and progress. Or more accurately, he was selling a better future! People voted for him because they believed he could deliver them a future that was better than the other guys.

Ideas Marketing is NOT about…

And, that’s what Ideas Marketing is all about. It’s a bit like Lance Armstrong’s book title: It’s Not About The Bike!

When you’re selling an idea you’re always selling a better future. And, any product and any service is really just an idea in physical form or linked to people acting in a particular way.

What is Ideas Marketing?

To answer our question: What is Ideas Marketing? It’s the marketing and selling of a future possibility that your audience can live into.

Eastman wanted us to have a great future remembering all the great things we did and the people we did them with – all recorded in a photograph. Revlon want us to live into the future where we look and feel better about ourselves. And, the same for Obama.

For you, Ideas Marketing is about inventing a future possibility and then building a product or service to deliver on that promise.