This is the fourth article in a series of how to Turn Your Blog Posts into Books. Here’s the first article. Here’s the second. Here’s the third.

What is a Story Arc?

Typically when a visitor comes a clicking to your website and your blog they’re looking for a single thing. Your challenge as a blogger is to entice them deeper and deeper into your web of content. Rather than reading one article, it’d be great if they read two or three. This will boost your page views and build a deeper connection with your audience.

The original name for a blog was a ‘web log’. And, this shows the original conception at work. A weblog was simply a series of consistent articles posted in the order in which they were written. Depending on what you’ve written and how you’ve written your blog posts, they may stack up as a consistent theme if simply line them up together.

How TV Shows Use Story Arcs 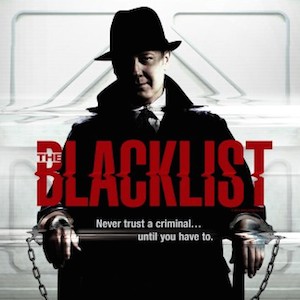 The key to this is to write a series of story arcs. A story arc is simply a series of connected stories. For example, think of your favourite soap opera and many of the TV drama series, they are written as a bunch of connected episodes to entice the viewer to watch each week. Crime shows adopt this by having a new crime to solve each week with a weaving of some personal drama in between.

For instance, in the TV show The Blacklist, in each episode Raymond Reddington (James Spader) helps FBI agent Elizabeth Keen (Megan Boone) solve a crime. Done and dusted. A discrete, separate and independent episode. However, the subplots continue over several episodes and the life of the series. For instance, Keen’s relationship with her husband and whether they should adopt a baby or not. Plus, the core underlying theme: What is the real relationship between Reddington and Keen? This means you can watch a single episode for the crime drama. And, ideally from the producers perspective, become addicted to the never-ending, unfolding personal drama of the individual characters within the show.

A similar effect is deliberately planned into Reality TV shows. In Survivor, Big Brother and the Amazing Race, each episode has it’s own focus. And, the intent is to engage you emotionally with the characters so you’ll watch the whole series to see if your favourite or most hated character wins or loses.

Two Ways to Use Story Arcs on your Blog

Sometimes I deliberately intend to write a string of articles and sometimes I don’t. The series about strengths, weaknesses and hidden talent was one I did not intend to write. What happened here was that I wrote one article and then started thinking about it and talking about it with other people. This sparked further thinking on my part which resulted in me writing a few extra blog posts. The important part is to make sure that you provide hyperlinks to connect the posts together so the reader knows there is a connection and can easily click across to the next in the series.

I didn’t plan to write this blog post either. It came about from several comments I received on social media about the original post. And, as a result I thought I could add more value by expanding on what I’d previously written.

Turn Your Blog Posts into Books

This strategy is super useful in two ways.

More on story arcs on Wikipedia