The One Thing Every Brand Needs 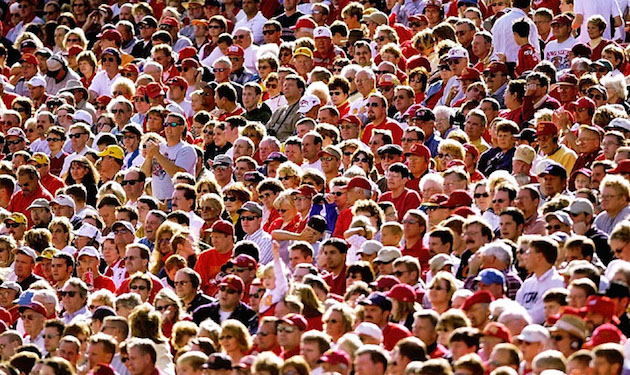 I was flicking through some magazines at the local library today and came across National Geographic. Usually, I only see this visually beautiful magazine at the dentist when they’re a few years old.

Anyway, in flicking through a recent issue (February 2014), I came across a very interesting article about crowds.

The article Karma of the Crowd by Laura Spinney was centred on the Maha Kumbh Mela, the world’s largest religious gathering in the city of Allahabad in Northern India (Feb 2013). Authorities were expecting 30 million Hindu pilgrims to show up. That’s right, 30 million. That’s the combined populations of Australia AND New Zealand all showing up in the one city on the one day. Staggering.

If that’s not enough, it was estimated more than 70 million people turned up over the full 56 days of the festival. Mind-boggling.

Apart from the usual stunning photos that you expect of National Geographic, the article had a deeper weave to it: the power of crowds.

In the article, Stephen Reicher of the University of St. Andrews in the United Kingdom says,

And, to test this, Reicher and his colleagues did some research. About a month before the festival, they asked a number of villagers living nearby about their mental and physical health in a questionnaire. After the festival they then surveyed the same people. Some had gone to the festival and some had stayed home which provided a neat contrast.

The results were astounding. Those that went to the festival reported a 10% improvement in their health, including less pain and breathlessness, less anxiety and higher energy levels. These effects mirror the impact of people taking powerful drugs, such as antidepressants. Best of all, these positive effects lasted for weeks.

It’s seems that being part of a crowd can improve your health. How does this work? The psychologists think the answer lies in the shared identity. It’s a shift from ‘I’ to ‘We’ and in that shift people see a more intimate connection with those around them. This triggers positive emotions and ultimately makes the person more resilient.

Studies consistently show that socially active people receive significant health benefits due to being around other people. Essentially, this shows up as having lower levels of stress in their bodies.

In this case, Reicher points to the difference between a physical crowd and a psychological crowd. Just being crushed like sardines on a commuter train doesn’t give the same effect as being connected through a shared identity or common interest. Consider, a rock concert as you all chant in tune with your favourite performer, cheering your team on at a football match or lining up in the middle of the night to be one of the first to buy the latest Apple iThingy. Be part of the crowd is it’s own reward.

It’s all about being part of something. And, something that you believe in. And, this is the key to creating a great brand: Shared Identity.

Start thinking about how you can create a ‘crowd’ around your brand. Love to hear your thoughts.